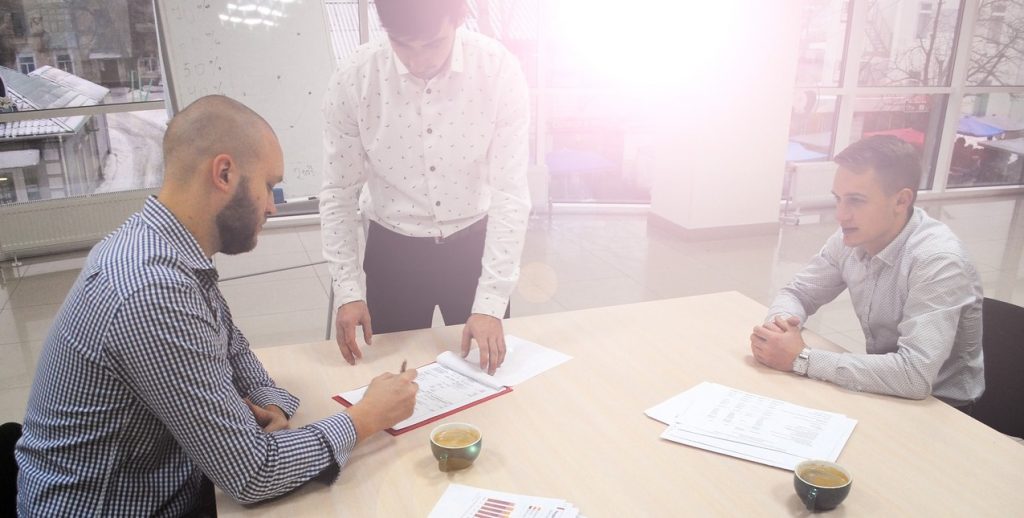 Three’s a crowd – so the saying goes. Two-up we’re fine but add a third and all hell breaks loose. A couple is a great idea – but opt for three and that’s just asking for trouble. Or so we’re led to believe. Maybe in some areas of life that’s absolutely true and we would be well advised to take heed. But in business maybe there are some lesser known angles on this issue which are deserving of a little attention.

My last column started with the trio “who dare wins” and ended with the trio “brains, bravery, balance”.  From a linguistic point of view I have to say that I think the three-word motto like the ones quoted is pretty much perfect. They’ve been around since the days of Cicero and they are as effective now as they were then. By combining three words which often start with the same letter or have a strikingly memorable grammatical construction, the effect is to create a motto which is simple, easy to remember and yet contains the seeds of great ideas.

But I would like to take this a step further and point out the usefulness of a three-way conversation or meeting in a business context. This perhaps bizarrely has to do with the last word of the second trio, namely balance. Whilst two is very often good and creates an effective partnership in life we can see quite the reverse in a business context. This can be countered by the addition of a third party which can remove direct confrontation and often restore the kind of balance that allows an effective dialogue to take place.

This can be thought of as a tripod where all three “legs” have to be working for the tripod to remain standing. As an external business coach, I’m fortunate to be able to play this role quite frequently and bring balance around the boardroom or kitchen table where communication between two directors has become difficult.

The same role can be played in meetings where an outbreak of politics or a fight between two adversaries is consigning the real business issues of the moment to second place with often disastrous consequences.  The balance is lost and the business can end up on the wrong track very quickly from which it can be difficult, expensive or just plain impossible to recover.

So, perhaps tha t very ordinary little word “balance” is deserving of a lot more attention in a business context than you might have thought.

As a final thought around the idea of three-word mottos, I would like to end on the concept of using them as a source of inspiration.

Often used before key meetings or important sales pitches, a lot of business people whisper phrases like “yes you can” under their breath. Whilst it’s easy to dismiss this as psycho-babble it’s also worth noting that in life you tend to get what you expect to get. Why not expect to get a positive outcome? Maybe you just might!