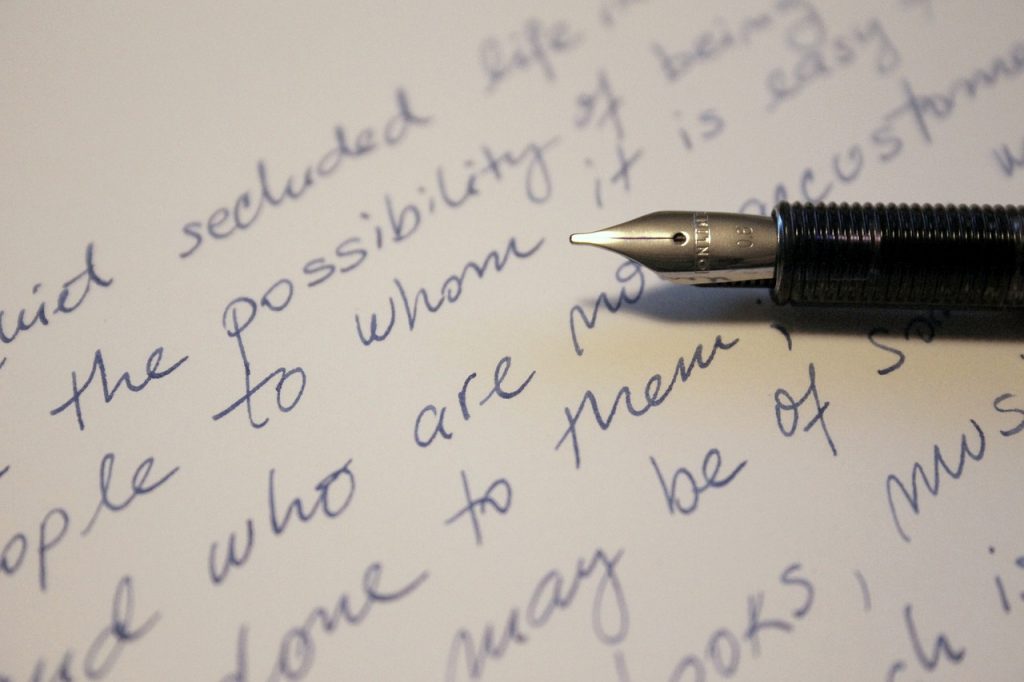 There’s an old adage in business that says something to this effect – anything that doesn’t get written down is bound to get forgotten. For me that’s a good maxim and one that I have personally lived my business life to for many years now. In my humble opinion it’s even more valuable in today’s tech-savvy age than in it ever was.

Why? Because writing things down is way more valuable than serving as a mere memory-jogger. Putting pen to paper is one of life’s pleasures and it is a grave mistake to dismiss it as simply a chore or something to avoid at all costs. Sure, writing in a business context can mean a little dullness when it comes to content but no-one should underestimate the feeling of control and creative flow that any writing can give.

For sheer enthusiasm and commitment to the task it would be hard to find a better example of this than Andrew Marr. I know most of us don’t write on the scale he does but the feeling he describes as the act of creative writing gives another dimension to his knowledge is undeniably true for us all. Try it sometime and I guarantee you will be surprised at the results.

We are all of us better than we often give ourselves credit for and writing can reveal the true depth of what we know. It is as if another part of the writer takes over for as long as the writing is taking place.
“Getting in the zone” is probably how this phenomenon would be described in business-speak and that’s not a bad description. It conveys the sense of “somewhere-elseness” and it implies you are now in a special place where serious business will start to happen and happen fast. It engenders a very useful feeling of purposefulness, control and added dimensions that might mean the edge in business we are all looking for.

Be bold – express yourself with considered thought and it will give you a USP. This is especially so nowadays when the majority of business people run a mile from writing things down preferring to take comfort in the fact that we can talk hundreds of times faster than we can write.